Angel Falls – The Waterfalls in the Wilderness of Venezuela - Traveler Door

Angel Falls – The Waterfalls in the Wilderness of Venezuela 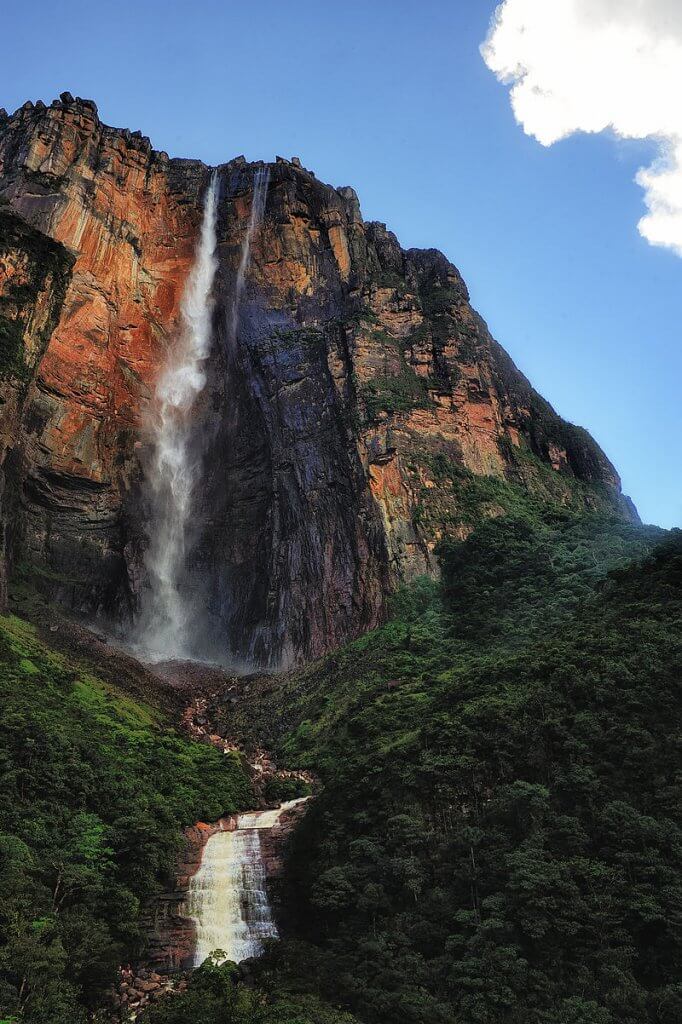 Venezuela is known for its dramatic landscapes and diverse nature. Political unrest and hyperinflation have dissuaded most of the travelers to visit the beautiful country, and its spectacular sites are now mostly secluded and deserted.

Salto Ángel (Angel Falls) is one such absolutely mesmerizing and mostly remote attraction in Auyán-tepui mountain in Canaima National Park. Cascading down at the height of 2646 ft. in a constant flow into the steep Cañón del Diablo, Angel Falls is the world’s highest uninterrupted waterfalls that are designed to leave you thunderstruck.

Contrary to popular belief, Angel Falls is not named after the spiritual beings, but actually after a pilot named Jimmy Angel, who crashed his plane on the tabletop mountain where the falls descend over the cleft. The waterfalls are within the dense tropical jungle of southeastern Venezuela punctuated with mesas, grassy plains, and misty haze.

Accessing Angel Falls isn’t an easy affair for there are no roads and trails that will take you there. The campgrounds of Canaima near the banks of the river is the point where you have to begin your journey to the base of the falls. To get to the camp, take a flight from Puerto Ordaz or Ciudad Bolívar. It is highly recommended to stay overnight in one of the camps pitched near the falls. Listen to the gushing sounds of the water and gaze at the beautiful vistas of Angel Falls and its surroundings.

The best time to go to Angel Falls is from June to December when the river is bubbling with water, and canoes are easily maneuvered. Guided tours are widely available. The rest of the months are struck with the dry spell.