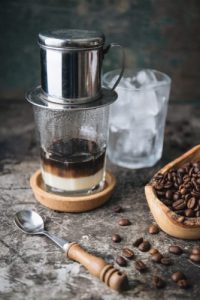 5 Unique Kinds of Coffee You Should Try in Vietnam 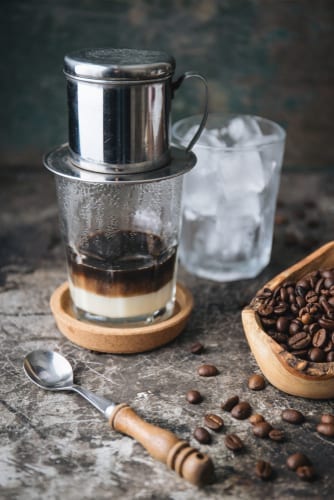 Around the world, it’s estimated that over 2 billion cups of coffee are consumed each day, making it the second most valuable global commodity after oil. If you’re one of those people who can’t start the day without their morning cup of coffee, then Vietnam might just be the place to visit in pursuit of that perfect pick-me-up.

The country is second only to Brazil in terms of coffee production and exportation. Naturally, Vietnamese people have adopted their own widespread and distinctive coffee culture. Here is a list of five uniquely Vietnamese coffee concoctions.

Traditionally, Vietnamese coffee is served with a heap of condensed milk to balance out its intense, dark flavor. In this variation, egg yolks are whipped with sugar, butter, and milk to create a fluffy meringue-like cream that adds a rich sweetness to a steaming cup of brew. Don’t forget to mix it all up before you gulp it down.

This smooth blend of crushed ice, coconut cream, and caffeine is a Vietnamese staple that’s sometimes topped with an added scoop of coconut ice cream, toasted coconut flakes, and caramel syrup for that ultimate tropical cooler.

Cộng Cà Phê, a Vietnamese chain with over 40 nationwide branches as well as an overseas outlet in South Korea, is reputed to have popularized this drink.

A specialty originating in Vietnam’s central Hue province, salt coffee is made with a mix of fermented milk and salt, which adds a savory depth to the coffee and brings out a bittersweet caramel aftertaste.

More like a dessert than a drink, yogurt coffee is often ordered alongside a midday snack or as an alternative to afternoon tea.

The coffee smoothie is increasingly difficult to find, perhaps because for some, it’s also the most peculiar idea to swallow. Typically, it’s a combination of avocado and banana lightly drizzled with coffee and can be found at select sidewalk smoothie stalls.