These Unknown Destinations Will be Famous in a Few Years 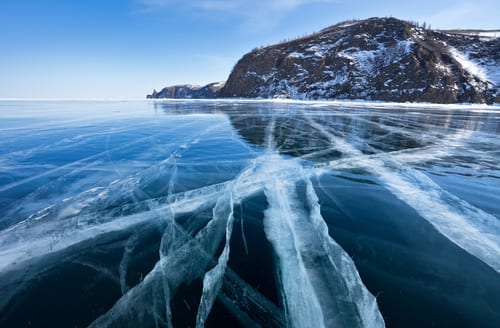 This natural gas field collapsed into a cavern is also known as the Door to Hell or Gates of Hell. In 1971, when the camp collapsed, geologists set it on fire with the intention of preventing the spread of methane gas and it is believed that the crater has been burning continuously ever since. The surrounding area is popular for wild camping.

You may have seen pictures of this pink lake on the Internet before and wondered if it was real. The answer is not only it is real, but its color remains a vibrant pink all year. With salt levels so high they can be compared to the Dead Sea’s, the only living organisms in the lake are microorganisms such as the red algae that help the salt create its red hue.

This lake in Siberia has the largest volume of freshwater in the entire world, and it contains more than 20% of the world’s fresh surface water. Even though the Lake Baikal area hosts tourists for hiking and bird-watching in the Summer, it is during the Winter that the waters turn into ice and mesmerizing icy patterns are created.

Also known as the Hinatuan Sacred River, this river looks straight out of a fairytale. In fact, its amazingly beautiful hues have inspired numerous local legends, including one that says fairies were responsible for adding the sapphire and jade colours to the river waters. Another legend says the river is protected by supernatural beings.